The Japanese culture has a history of bringing us, let’s say, peculiar stuff. Connoisseurs know what I mean. Once in a while, they also offer something valuable, unique, and riveting, as with the Misaki horse. 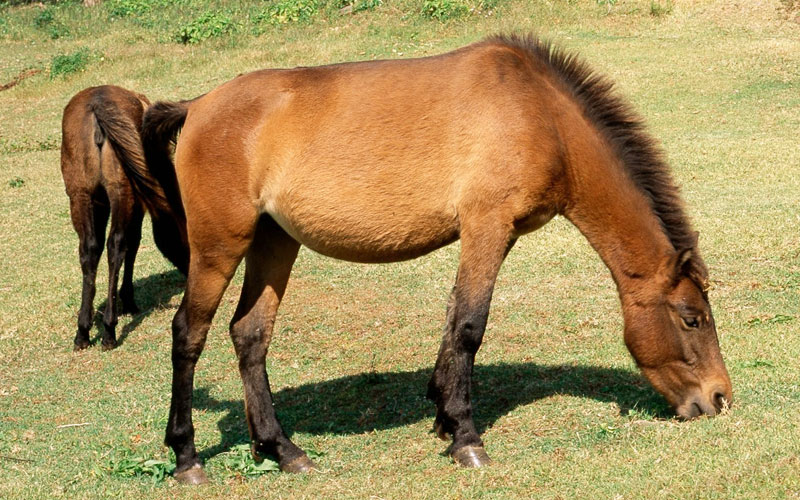 This petite, pony-like horse has much to say about Japan’s history and stands today as one of the priceless relics of the past. It is an almost extinct animal, feral in nature, that has little-to-no uses in human societies.

The Misaki horse is small in stature, and it is an endangered species on the brink of extinction. Nonetheless, it has a long history, dating back to the late 1100s, Kamakura period. These were initially feral animals, observed in their natural habitat in the Miyazaki Province for hundreds of years.

Only in 1697, a ranch in Cape Toi actually took notice of the wild horses and began taming and breeding them. The Misaki horses proved useful in field works, despite its small stature and less-than-impressive strength.

World War II saw an extensive decline in population, bringing the little horse close to extinction. The Misaki breed now lives exclusively feral in the area of Cape Toi, where they are protected against poachers and natural predators.

The Misaki horse is also known as a “pony-sized horse” due to its small stature and distinct physical and facial characteristics. This, however, is no pony because, despite its smaller size, it still qualifies as a horse. Here are some of the core physical traits and behavioral specifics to know:

The Misaki horse is on the lower end of the spectrum, standing at about 51 to 53 inches tall. This makes it so small that a child could ride it with little effort. The horse also has a rougher look compared to its brethren from other breeds.

The coarse coat comes with a rugged mane and a similar tail. It will usually have a prominent belly and long and thin legs. From afar, you could easily mistake it for a donkey.

The Misaki horse weighs around 660 to 880 lbs. with small variations on each end. It has some impressive weight despite its smaller size, which is where the bulkier outlook comes in.

The Misaki horse usually comes in chestnut, bay, black, or brown, with the occasional white markings generally rare. There isn’t much diversity in terms of coloring since the Misaki breed hasn’t mixed with other horse breeds along the way. The Misaki breed pretty much retains its original genes, with the horses remaining virtually unchanged for the past several hundred years.

The Misaki horse can reach around 25-30 mph. Unfortunately, it doesn’t have the stamina to match its agility since the horse is built primarily for speed. Its small stature and rather skinny body favor a plus of agility and short bursts of speed. Since the horse is exclusively feral, you can forget about any gaits whatsoever.

It’s very difficult to assess the horse’s temperament since it has very few human interactions. The predominant behavioral feature is shyness, which is common with feral animals. There is no way of knowing how the horse would behave when domesticated since there is little interest and incentive to domesticate Misaki horses. Not to mention illegal too.

The horse can live between 20 and 40 years, depending on lifestyle, health issues, available food, or any active predators around. Since the Misaki horse lives in a reservation-like environment, the predators are pretty much non-existent. They also have plenty of food available in their natural habitat, which means they tend to live longer than their ancestors. 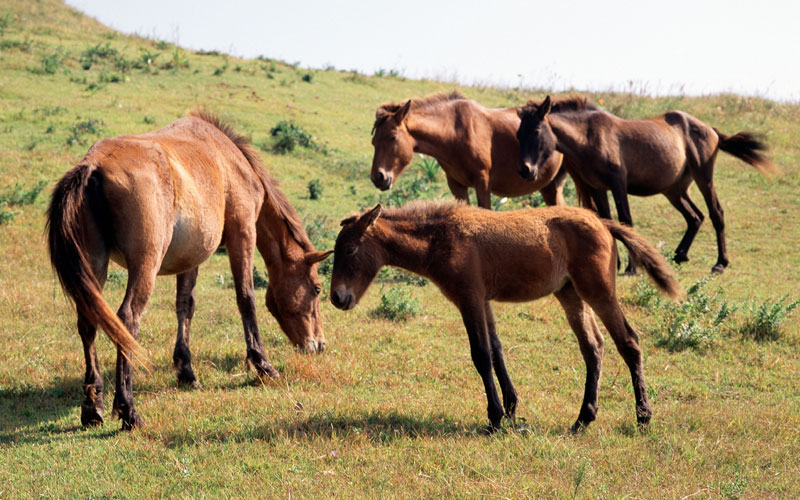 The Misaki horse generally feeds on pampas grass and ferns, as its diet is exclusively natural. Nothing manmade or artificial.

This is a void topic since the Misaki horse is feral and doesn’t need any grooming. This explains its obvious rugged look, but tourists love it since it expresses the horse’s wild and untamed nature. It’s also worthy of mentioning that tourists are not allowed to approach or touch the horses.

So, if you were planning to groom one, forget about it.

The horse is not for sale, so you can’t buy this horse breed. You can only observe it in its natural habitat as it is an endangered breed with only a few members remaining.

There are no severe health problems to talk about since the Misaki horse is used to the harsh conditions of the wildlife. It generally lives a long and balanced life with very few health issues along the way.

A 2007 study pointed out that there were around 120 Misaki horses alive in the wild. That’s a more than 50% increase over the past 20 years when the population only had 53 horses left. This shows that the Misaki breed is on the brink of extinction, which is why it is now protected.

The goal is to eliminate the natural predators that could jeopardize the horse population and minimize the risks of a serious epidemic spreading among the horses.

While the Misaki horse isn’t as impressive as other breeds, it carries a lot of value, history, and uniqueness. This is a breed dating back centuries that we consider worth preserving. It is unfortunate that you can’t buy or domesticate a Misaki horse, but you can always visit Cape Toi and take pictures to immortalize your experience.

For additional questions on the Misaki horse or any other breed, comment below, and I’ll reply as soon as I’m available. 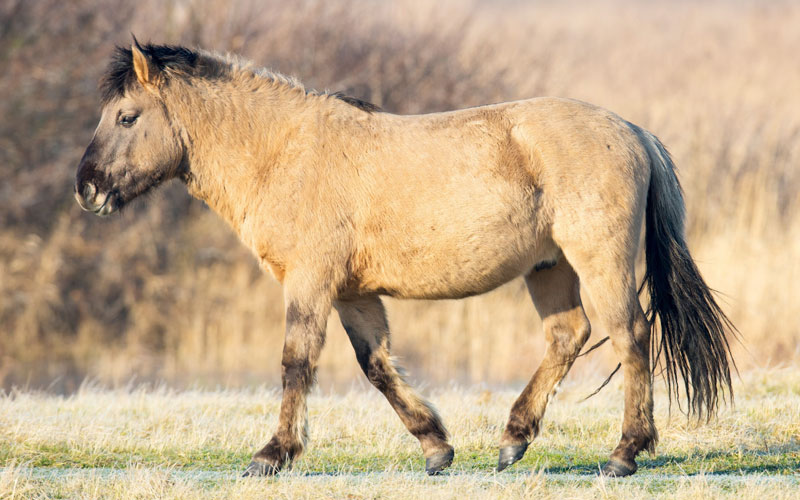 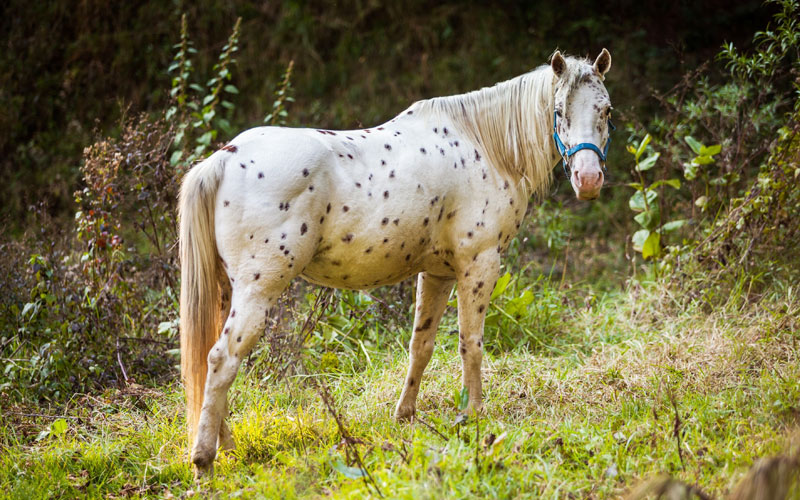 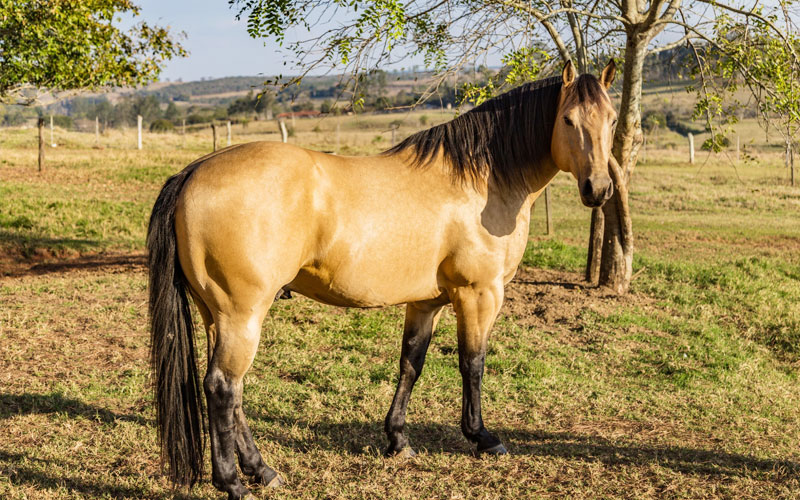 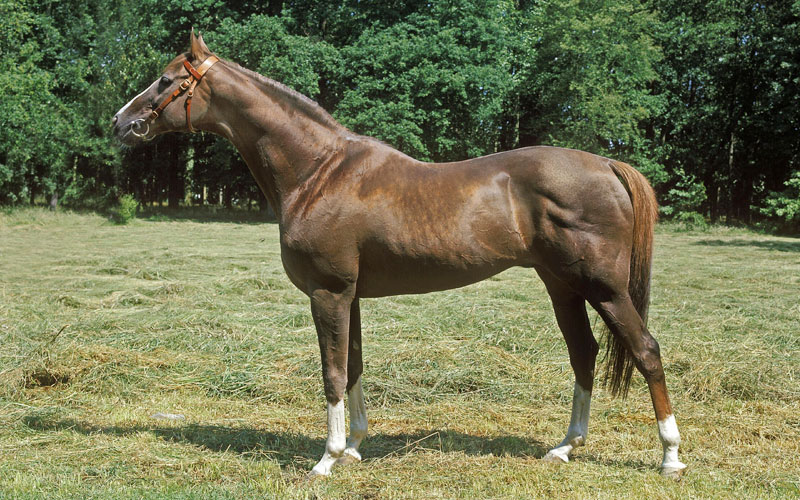